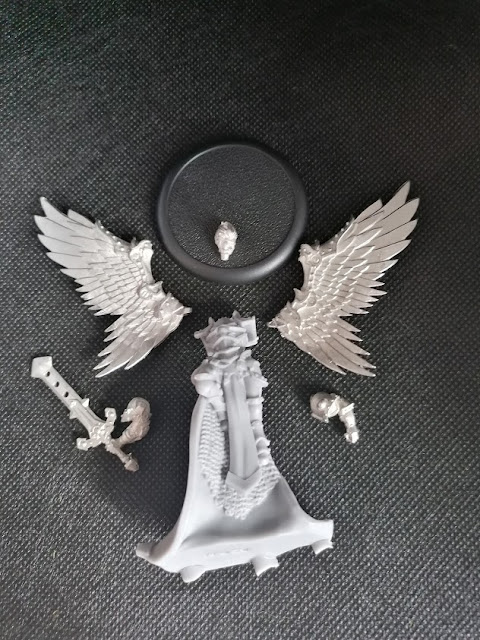 Today we take a look at the Stryker Archon Morrowan Archon Alternate Sculpt, this is a exclusive model only available via Privateer Press on their webstore
It was kindly gifted to me by Michael Scott so a huge thanks to him!
This review has been somewhat delayed due to me losing the pictures in a hardware change over the summer last year. Recently I found the pictures and decided to get the review written.
He comes in six pieces one of which is resin the rest are metal. The body and cloak are really nicely cast, the detail in the armour plates is very smooth. 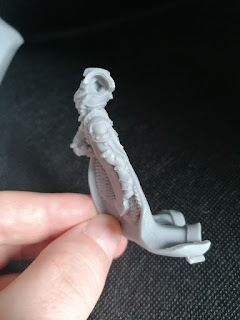 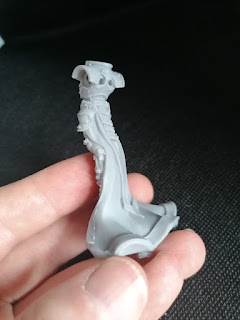 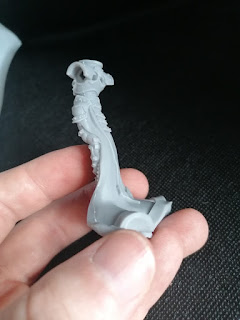 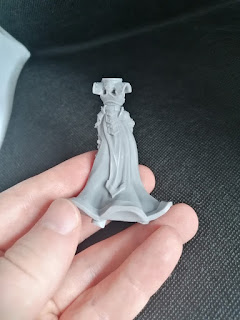 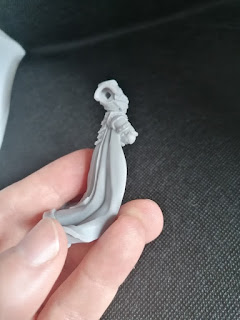 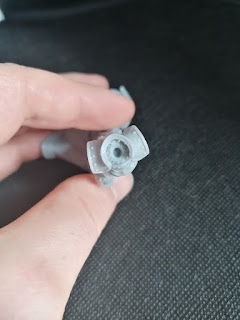 The head attaches in here with a dent and bump attachment point. It attaches easily but I have decided to leave it off and paint it separately given how recessed into the armour his face is. I would struggle to paint his mouth otherwise. 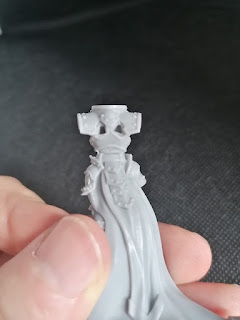 These are the wing attachment points, they are deep but I was worried that they might not be able to hold the metal wings but it turns out that they hold on fine. 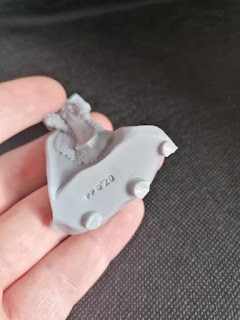 The resin injection ports are on the bottom and that is fantastic as they can be clipped off with no fear of ruining any detail. 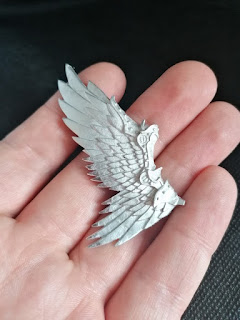 The metal wings are really nicely cast. I was a little surprised to see that they are metal given that the original Morrowan archon has resin wings. I'm sure PP have their reasons for this choice. 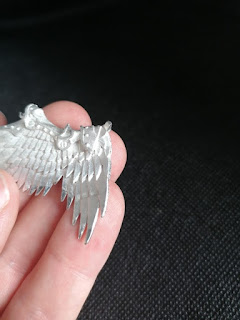 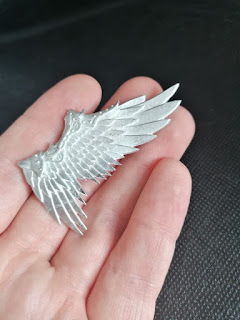 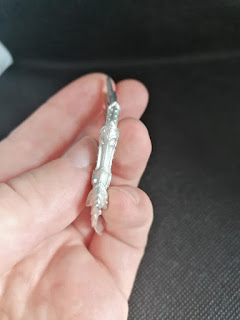 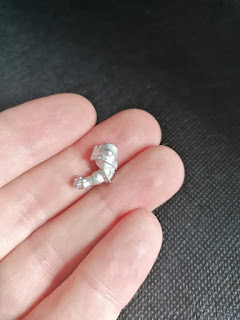 His left hand ends with a fist, as an alternative sculpt it doesn't seem to be armed the same as the original version which might lead to some confusion (Its equipped with a shield in its rules) best to remind your opponent. 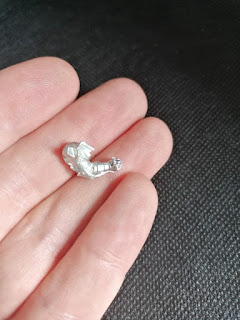 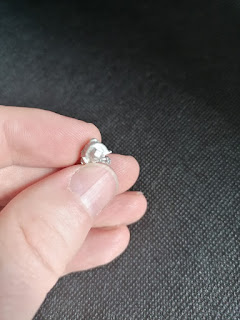 The connection points for both arms are really good, I didn't feel the need to pin either of these as they combine the peg which goes into the torso and also the shoulder armour fits into larger shoulder plate on the main body. 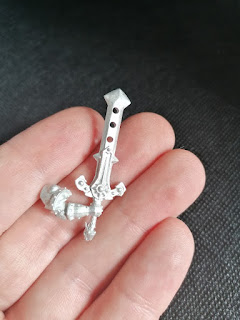 The sword is really nicely done, it has visual elements of Strykers Quicksilver weapon with added Morrowan iconography. 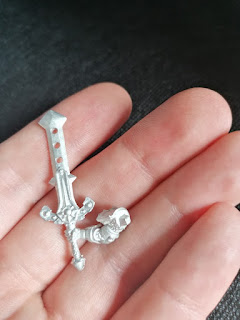 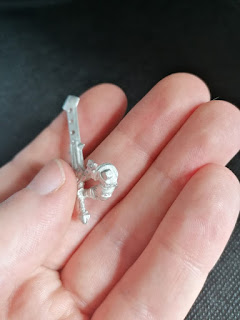 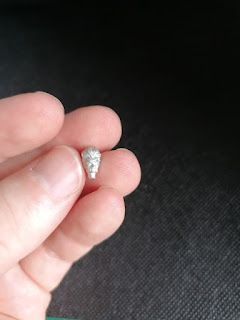 The head is really detailed for a tiny part. I will be painting this separately like I mentioned earlier which means I will likely pin it so I can hold it pushed onto a wine cork. 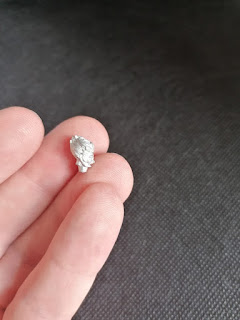 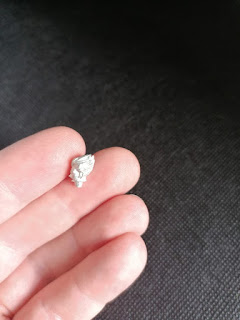 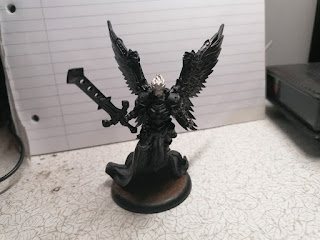 And here it is fully assembled. Apologies for these following pictures not being my normal standard. I forgot to photograph the miniature before undercoating it. 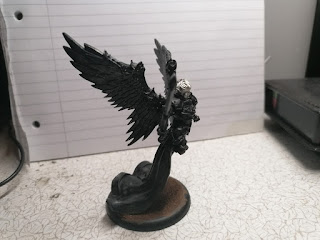 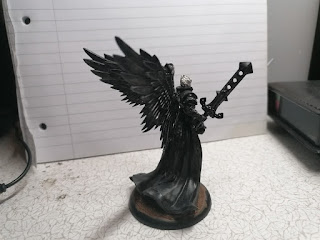 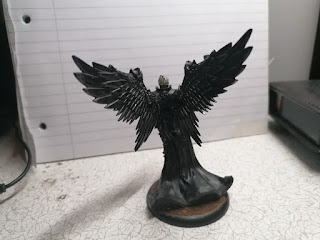 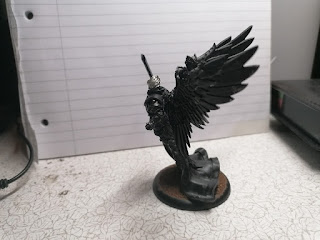 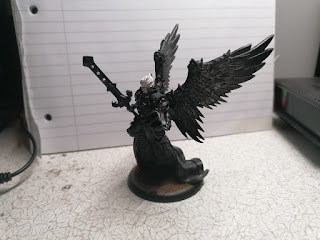 This alternative sculpt is really nice, although it does have the slight drawbacks of being armed differently which adds an extra bit of explaining in some games, and also the wings aren't in the same set up as the original which means that the wings can't be magnetised for transport sadly.
Other than those tiny nit picks its a lovely miniature which has barely any mould lines or issues at all
If you want to get one for yourself you can find them here direct from Privateer Press
If you want to support my content consider taking a look at my Patreon which you can find here. I don't put any content behind a paywall but I do offer rewards to people who support me in ways like getting to vote on what content I work on in the future or outright just picking the next subject of an article.
See you all next time!
Posted by LuckGod at 19:08