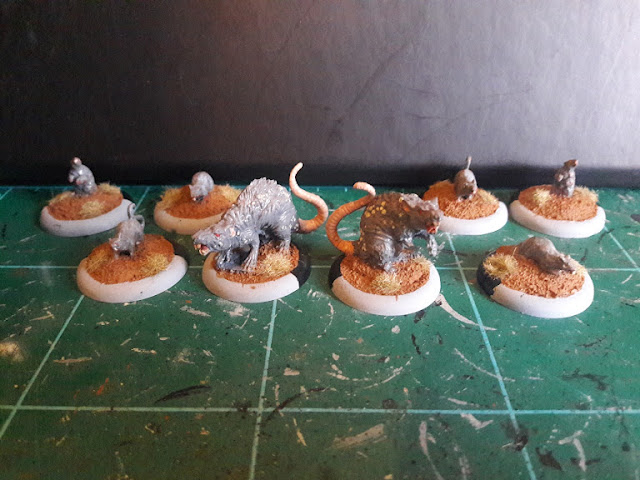 I finished up some more critters for using in the Iron Kingdoms RPG.
The two larger rats are Barrow rats, the smaller are just called "rats" but have also been called dire rats in the past. Both are made by Reaper miniatures. 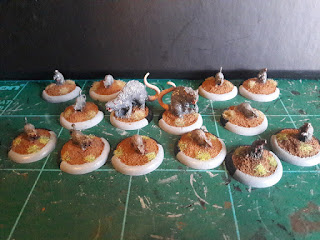 I have already painted 6 of the smaller rats a long time ago, here they are that the front for comparison. I managed to paint them pretty close, though the flock I used for grass is different. I'm not too bothered though. 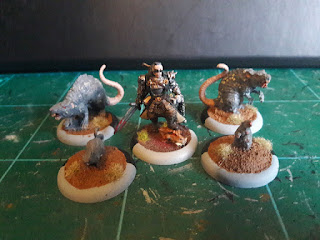 Here is the traditional scale picture with Professor Pendrake 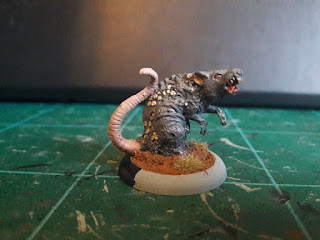 The Barrow rats have these strange lumps on them that look like some sort of disease, I painted them with an old GW paint called "rotting flesh". 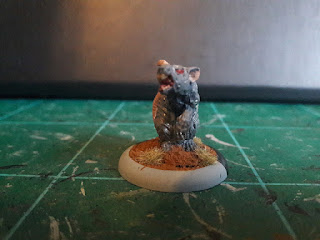 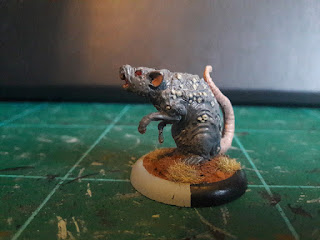 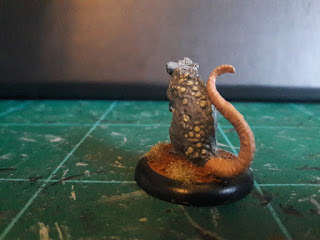 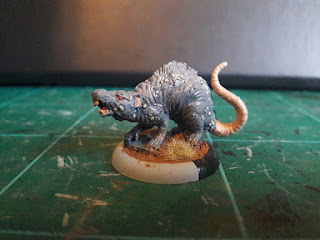 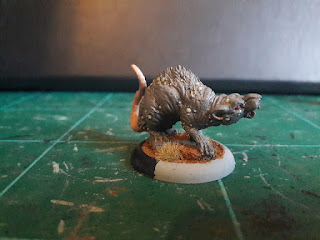 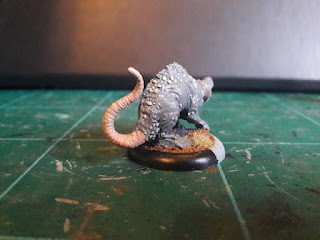 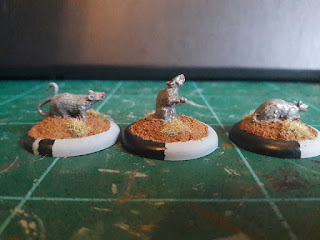 The rats painted up really quickly, I wasn't worrying too much to get these very detailed or perfect as they are just grunt monsters which aren't really important in a campaign. I would rather spend more time on character minis. 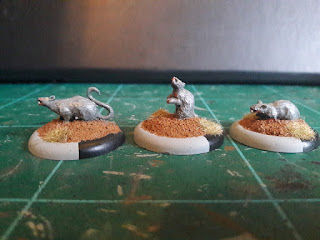 What do you think of these rats?
I plan on using them as either Skigs or Devil rats, with the bigger ones having creature templates (basically modifiers to monster stats and abilities) such as "Alpha, Large Specimen, Blighted or Devil rat matron" to make them into something of a mini boss for a small side quest or early game quest.

If you want to get some for yourself you can find the Barrow rats here
and the smaller rats here they are pretty cheap and a great addition to my ever growing monster choices.
via Mighty Lancer Games (a UK stockist of Reaper minis who I use)