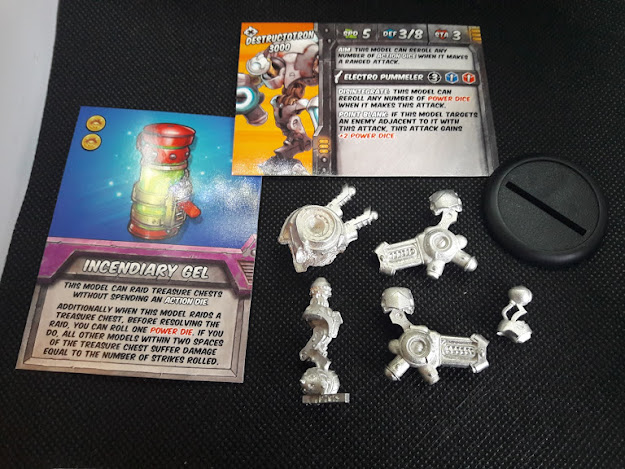 Today we take a look at Destructotron 3000 who is a Gunner hero in Riot Quest and a Convergence of Cyriss solo in Warmachine. It comes in five metal parts. 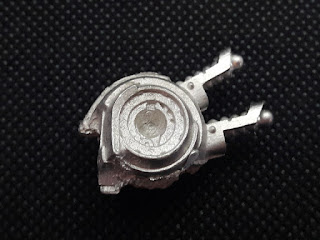 Unfortunately the main body is quite badly miscast. I would have submitted a parts request to Privateer Press, but as I was gifted this model I decided to see if I could clean it up well enough as it was. 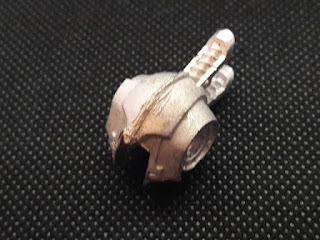 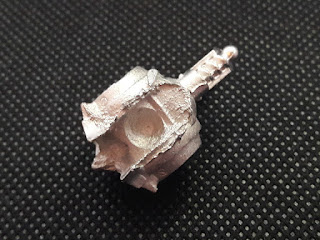 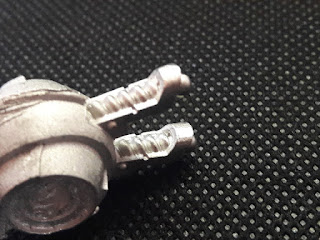 Lucky for me the highly detailed parts of the coils towards the back of the torso were not effected by the miscasting. 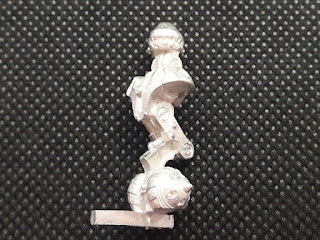 The lower part of the model is a hip assembly with a mono-wheel. This can be fitted into the torso at a variety of angles, though I recommend pinning it personally to ensure it doesn't come apart as there will be a lot of weight on this join. 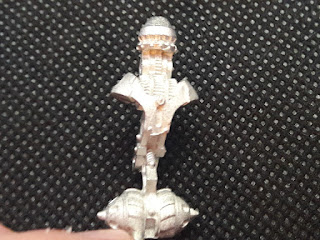 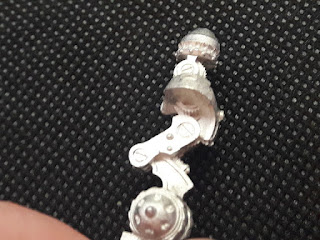 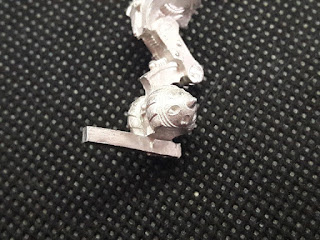 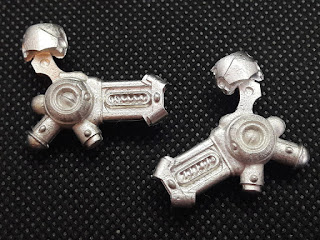 The gun arms are essentially mirrored copies of each other, which is great visually. Due to their weight and the cone style attachment point to the torso you can get away without pinning them with most poses. However if you want to pose it with an arm pointed upward for example I would recommend pinning it. (I pinned it regardless just to be sure it would stay together) 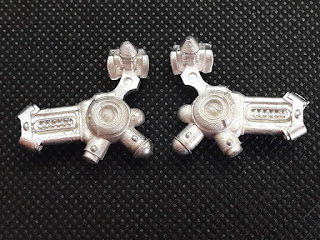 Great detail on the coils of the guns. 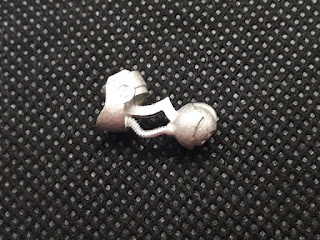 This part is the head and it reminds me of the Gate keeper droid from Jabba's palace in Return of the Jedi.
Nicely detailed and attaches easily with no issues. 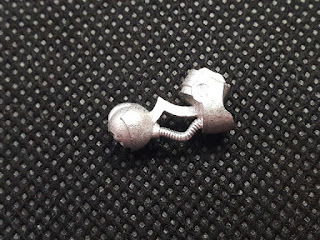 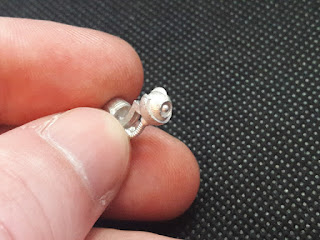 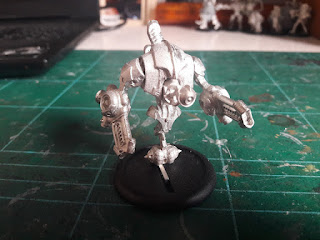 And here it is fully cleaned up and assembled! 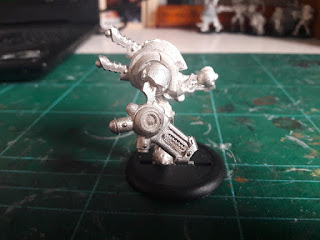 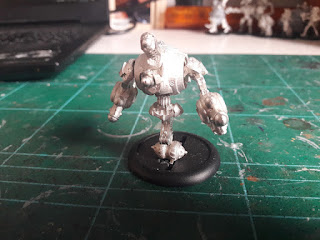 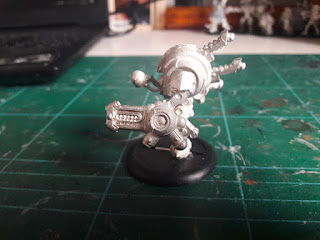 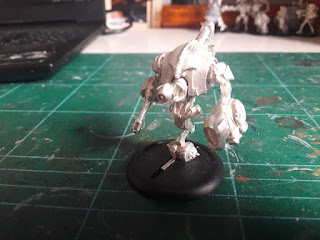 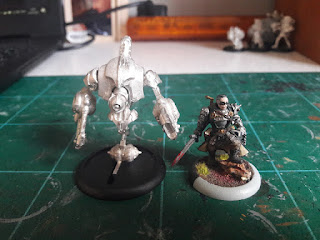 And the scale shot with Professor Pendrake, Destructotron is no small construct!

I was able to clean up the miscasting easily enough with a combination of cutting away the excess then filing it smooth. This was only really possible with this mini due to the curved armoured panels that make up the torso. If this had been any other model a missing/damaged parts ticket would have been my only way to go.
That being said I still firmly believe that anyone receiving a miscast like this should contact Privateer Press via their missing parts portal and obtain a replacement. They are pretty good about getting these out to people, although I have heard the service has suffered slow downs due to covid which is understandable though frustrating.
I have seen a lot of people's Destructotron's which didn't suffer from this miscasting so its very likely I just got unlucky.
If you want to pick them up for yourself you can find them here at The Outpost (a UK webstore I'm affiliated with)
If you want to support my content consider taking a look at my Patreon which you can find here. I don't put any content behind a paywall but I do offer rewards to people who support me in ways like getting to vote on what content I work on in the future or outright just picking the next subject of an article.
See you all next time!
Posted by LuckGod at 20:16